Home » Advices » Infostan accounts: What does infostan include, and how is the price formed?

Infostan accounts: What does infostan include, and how is the price formed?

The public utility company "Infostan tehnologije" is part of the utility system of the City of Belgrade, whose activity is the unified collection of utility services. The method of unified billing (SON) of communal services in Belgrade was established on January 1, 1977. The price is determined by public companies that deliver their services to users and the Assembly of the City of Belgrade, which gives consent to price changes. At the same time, PUK "Infostan tehnologija" only makes the payment. There are currently more than 800,000 users in the unified billing system.

JKP "Beogradske elektrane" is a public company that provides heating and water heating services. The calculation of distributed thermal energy and installed power is performed by "Infostan tehnologije" on behalf of JKP "Beogradske elektrane." Heat energy consumption is calculated for the previous month. For hot water, the price is calculated by adding the water heating fee to the delivered amount of cold water at a price determined by the company that provides the water heating service. Heating is currently charged at 119.39 dinars per square meter, while installed power is charged at 11.62 dinars per kilowatt hour per day or 1.24 dinars per square meter per day. Used thermal energy is charged at 7 dinars per kilowatt hour.

Cold water, sewerage, and operational readiness of the system

Collection and transportation of municipal waste

"Beo Čista Energija" is the first private partner in Serbia in the field of waste processing, disposal, and utilization services. They are responsible for designing, constructing, financing, and managing the new waste management center in Vinča to provide municipal and construction waste disposal and treatment services in the next 25 years. The price of municipal waste disposal for households where municipal waste is disposed of in individual bins of 240 liters is 74.80 dinars per household. In comparison, 37.40 dinars per household is charged for containers of 120 liters. Communal waste disposal for other users amounts to 2.70 dinars per square meter. In contrast, for business premises up to 30 m2, a fixed fee of 192.40 to 361.30 dinars is charged, depending on the group to which the entrepreneur belongs. The disposal of municipal waste over 30 m2 is 4.16 dinars per square meter.

The provider of the common electricity service is "EPS Distribucija." Data on the amount of the total liability for the metering point is determined by multiplying the total consumption on the metering instrument by the price in dinars per kWh. The obtained amount is then distributed to separate parts of the building according to the criteria determined by the Assembly of the housing association. Criteria can be the number of household members or the used space area.

"Dimničar AD" is responsible for chimney sweep services. The current price is 1,383 dinars per square meter.

Apartment owners are allowed to insure their property, and this service is provided by several insurance companies.

They are calculated and collected based on the decision of the assembly of the Housing Association, which determines the types and fees. Their collection is entrusted to the unified collection system of "Infostan Tehnologije." The collected funds, under the contract, are transferred to the current account of the housing association, which independently, without further participation of  "Infostan tehnologije," decides on the purpose and dynamics of their spending.

It is done according to the individual contract with the housing association, and the service providers are several companies, among which are "Pan lift d.o.o.", "Kosmaj d.o.o.", "Kone d.o.o." and other. 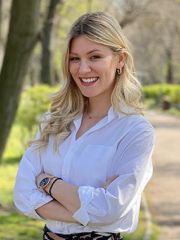