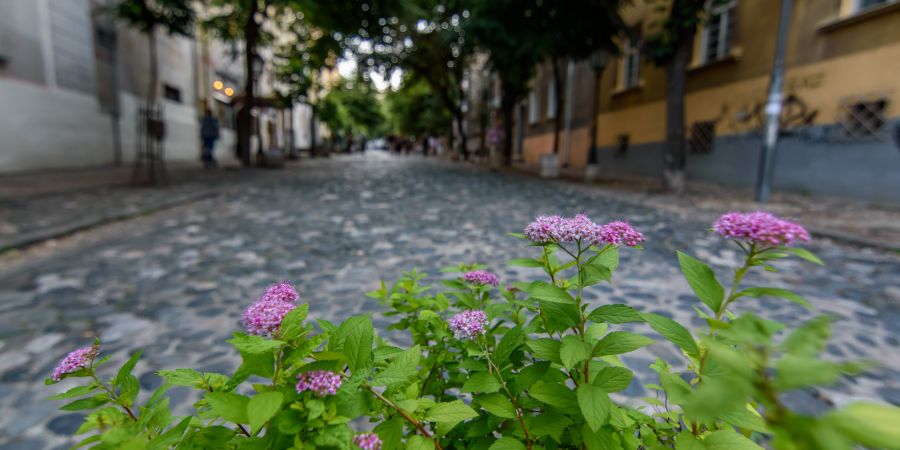 In June, we welcome the beginning of summer and celebrate the end of school. This summer, the Belgrade culture scene looks remarkably refreshing. There are open markets and night bazaars that last until midnight, movie festivals and open-air concerts. Learn more about June events in Belgrade.

From 8th to 14th June the 14th European documentary film festival - the Magnificent 7, takes place in the newly renovated Dom Sindikata hall, now officially Kombank Hall. This festival will promote young European directors and critically acclaimed international festival winners. The subjects vary from living in Swedish countryside to struggling to be happy in the world of corporations. What's common for these movie heroes is their free spirit and the zeal for happy living.

The Nitrite Film festival starts on 6th June in Yugoslav Film Archive. The self-inflammable nitrate film base was used in moviemaking all the way until the 1950s. Belgrade has one of the most impressive nitrate film collections where the oldest film dates back to 1896 and the "newest" one was filmed in 1953. This festival will last until June 16th and it will include nitrate films from all over the world.

Swimming season has officially begun. During the first couple of days of the official season, many pools will have a free entry. This season visitors can get afternoon tickets (great for the after work swim) or purchase special tickets for weekend and night swimming. Olimp swimming pool in Zvezdara is opening on 9th June, Tasmajdan on 15th, and the large Milan Gale Muškatirović swimming pool in Dorcol opens on 6th June. This summer swimming pools in New Belgrade, Vracar and Kosutnjak will be open for visitors too. City Center for Physical Culture, also known as "old DIF" organizes many free swimming programs and regular swim camps this year. Daily ticket for swimming pools in Belgrade costs between 250 and 400 dinars.

Summer for the night owls

A night out in Belgrade on a warm June evening is a truly amazing experience. The emerging trend of late night shopping came to Belgrade and now there are even more things to do. "Book night" in Laguna and Delfi bookstores is scheduled for Friday the 8th June at 5pm and it will last until midnight. For every 4 books purchased there is a 40% discount.

On the same day in front of the Stark Belgrade Arena, the first ever Arena Night Bazaar will take place. Also scheduled to last until midnight, this bazaar will give users a chance to buy homemade handcrafted goodies. You can buy sweets, cheese, wine, brandy, smoked meat, and cosmetics.

Football fans will be delighted to learn that they can watch Football World Cup 2018 matches on a big screen projector at Nikola Pasic Square. The projector will be set up on 14th June.

Summer season on Belgrade's most famous lake - Ada Ciganlija will start on 8th June with the European Kayak and Canoe Championship 2018. For two days, the best European competitors will paddle for the medal. Belgrade will host about 1000 contestants from 40 different countries. Swimming season at Ada starts on 22nd and 23rd June with concerts and parties. At the end of the month, on 28th and 29th, everyone's favorite beer garden will have its grand opening. This year SubBeerni center is taking over the garden. If you're looking for a place to relax, this oasis in the natural Makis shade is your best choice.

Sava Promenade is slowly starting to become a center of the outdoor fun. This newly built promenade with a great view of Sava River will host Serbika festival on 23rd and 24th June. At this food festival, visitors will have a chance to try food from several Serbian regions. Festival will present gourmet specialties from Vojvodina, spicy dishes from south Serbia, and freshwater fish from the Danube. The entry for this festival is free.

Belef music festival starts on 22nd June and lasts until mid-July. This festival is famous for good music and open-air concerts.

In Belgrade's Youth Center the 7th Belgrade festival of European literature will welcome writers and book lovers. This literature fest starts on 26th June. For three days, visitors will have an opportunity to meet the writers, watch movies and participate in panel discussions.

Visiting Belgrade in June is an ideal opportunity to have fun outdoors. This is the time when the entire city turns into a massive playground. If you're looking to rent an apartment in Belgrade, short-term rentals are a great choice. You can find a short-term rental in the center of Belgrade, or book a cozy house on the Avala mountain. We have luxury apartments all over the city. Check out short term rentals in Belgrade and find a place to stay during your city break.