Home » Interesting » Who's afraid of the thirteen?

Who's afraid of the thirteen? 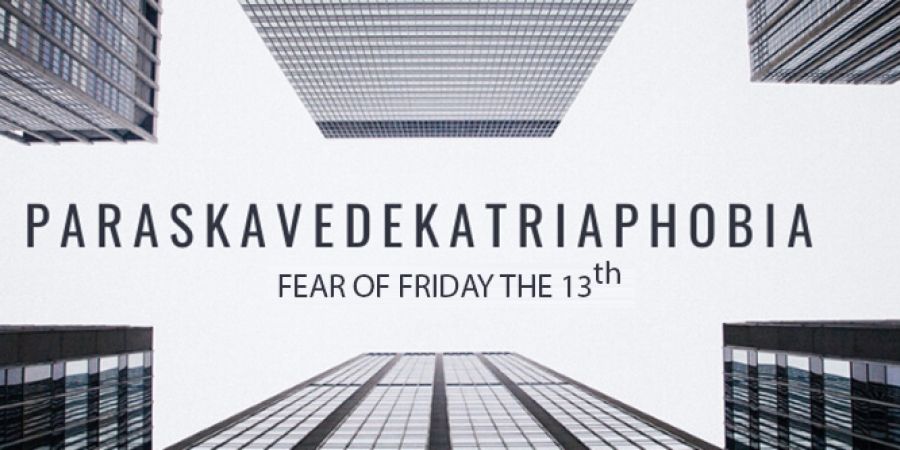 First, read out loud these two words. A couple of times.

PARASKAVEDEKATRIAPHOBIA – fear of Friday the 13th

TRISKAIDEKAPHOBIA – fear of the number 13

Today is Friday the 13th, the second time this year. We assume you are not among the lucky ones who can stay in bed today, avoiding bad luck from happening. If you are not superstitious or have too much work to do, you may not have noticed today's date. Interestingly, the superstition regarding this date is widespread, dates back to the Middle Ages and even has a stronghold in the Bible. But we are interested in real estate and on the impact that number 13 and Friday the 13th have on the real estate market. So, here it goes.

Not a good day to buy a home

How very expected. The number of sold properties declines during Friday 13th. FindaProperty.com's survey found that between 2005 and 2012, there were 43 percent fewer transactions on Friday 13th, compared to any other Friday. The worst day for real estate sales, according to this survey, was Friday, May 13th, 2011, when real estate sales declined by as much as 51 percent.

In the western high-rises, the mention of the 13th floor is avoided in various forms. The simplest solution is to omit it, to simply put the 14th floor after the 12th. Alternatively, the 13th floor is "renamed" with 12a or M (13th letter of the Latin alphabet). In 2002, a survey by Otis, the world's largest elevator manufacturer, found that 85% of the buildings that use their elevators have no 13th floor.

By avoiding the thirteenth floor, many hotel owners avoid problems with superstitious guests. But does that make sense? According to a 2007 Gallup survey in the United States, the somewhat ironic results suggest that only 13% of respondents would not mind being placed in a 13th floor hotel room. This is a fact that hoteliers are well aware of. As the hotel industry veteran, J.W. Marriott stated on one occasion, "The first thing I learned about business: don't go to thirteen."

Another example of avoiding number 13 is being built right here in our country. Kula Beograd, the future tallest building in Belgrade, will not have a 13th floor or any thirteen signage planned. The Residences at St. Luxury Apartments Regis will occupy the space from the 14th to the 39th floor.

That is why new buildings in some parts of China do not have a 4, 14, 24… floor, because in Mandarin Chinese number 4 sounds as bad as it sounds in Cantonese. And we know it's way too much information already, but some buildings in this part of the world avoid both unlucky numbers, so you may reach the 15th floor immediately after the 12th.

We have a solution

Whether you are superstitious or not, thanks to City Expert's webite advanced search can look at apartments for sale or rent for as long as you want, without having to go outside. Or challenge the fate on this Friday the thirteenth and boldly schedule an apartment viewing. Who knows, you may find out that Friday the 13th is a happy day for you, despite its bad reputation.