Decorate your home for Halloween!

There are two types of holidays: traditional ones and the ones that entered our homes thanks to popular culture and media. One of the latter is Halloween or Night of Witches, which most of us have learned about from movies and television series. They are probably the ones to blame for a common misconception that Halloween is an American holiday that has nothing to do with European tradition.

The roots of this custom are found in ancient times, more than 2000 years ago, in the area of ​​present-day Scotland and Ireland. For the Celts, this was one of the four most important annual holidays: the beginning of winter. Ancient Celts believed that the boundary between our world and the world of spirits was thin on that day. The supernatural beings and ancestral souls more easily crossed into our world. The Celts celebrated the holiday gathered around fires, feasting, and listening to prophecies. They had fun playing different games. Disguised people went from door to door, reciting verses in exchange for food. Irish migrants brought the Halloween tradition to the United States in the late 19th century, from where it spread to the rest of the world - and returned home to Europe.

Join in the worldwide celebration

Halloween is a holiday that children adore because they can dress up in their favorite characters and visit the neighborhood in a "candy hunt". The holiday is celebrated worldwide: in the US, in Ireland, Canada, the United Kingdom, Sweden, Puerto Rico, Japan, New Zealand, and Australia. Not so long ago, our country joined the celebration. Carved pumpkins began appearing as decor in many shop windows. On Halloween night, there will be a lot of costume parties, both for children and adults. Why don’t you join the party?

Check out suggestions on how to bring the spirit of Halloween into your home! 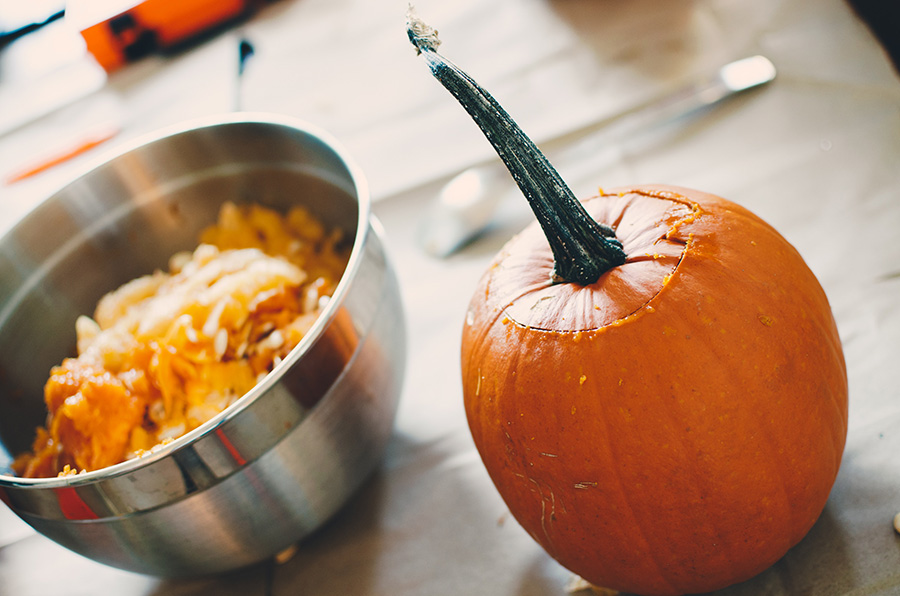 One of the most recognizable Halloween decorations is carved pumpkin - lantern. The custom is believed to have initially originated in Ireland and Scotland, where they had carved beets for Halloween. It was only in America that they started using pumpkin, which is easier to carve and much tastier.

The procedure is simple: pick a pumpkin you like, cut off the top (which you leave to be the lid) and scoop out the inside of it. The seeds can be planted or baked, and you can use the pumpkin meat for many salty or sweet recipes: from pumpkin curry soup to a good old homemade pumpkin pie.

The hard part is cutting holes in the pumpkin's body, but with a suitable stencil and scalpel, it's relatively easy. Finally, put a source of light (LED lights, lamp, or candle) inside the pumpkin and wait for the evening for the full effect.

You can find pre-made stencils on the Internet and make witches, black cats, ghosts, spiders, bats, and other recognizable scary shapes from paper. Then, make a garland. Or a Halloween wreath for the front door. Or anything else. We encourage you to recruit children as helpers to create imaginative décor. 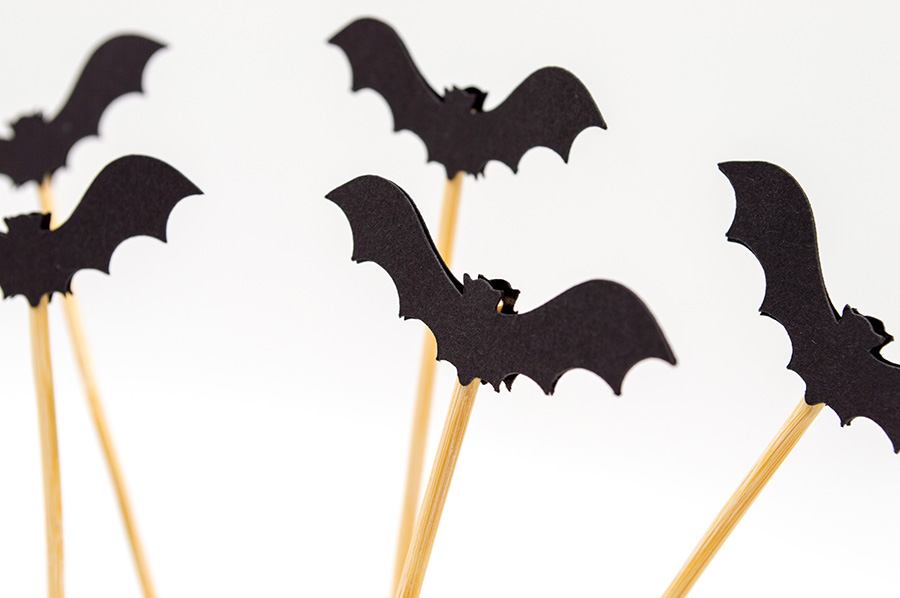 You can attach the Halloween motifs mentioned above to different surfaces - furniture, walls, or windows in your apartment.

Gauze is a highly useful material for this occasion. You can do a lot of things from it - from creepy cobwebs to cute 3D ghosts. 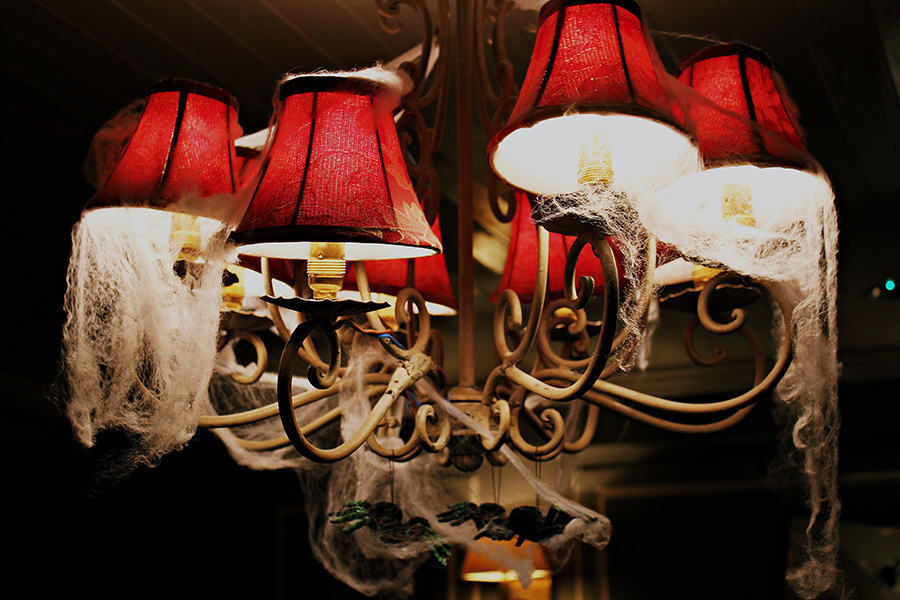 5. Decorate the table in Halloween colors

Choose the central piece of furniture in the room and decorate it in the traditional color combination for this holiday: black, white, and orange. 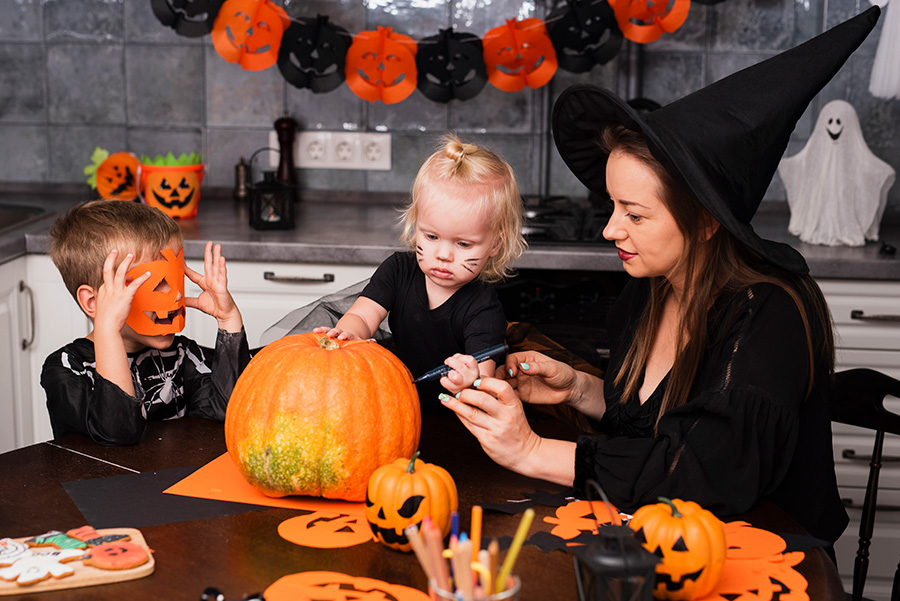 Enjoy the spirit of Halloween! 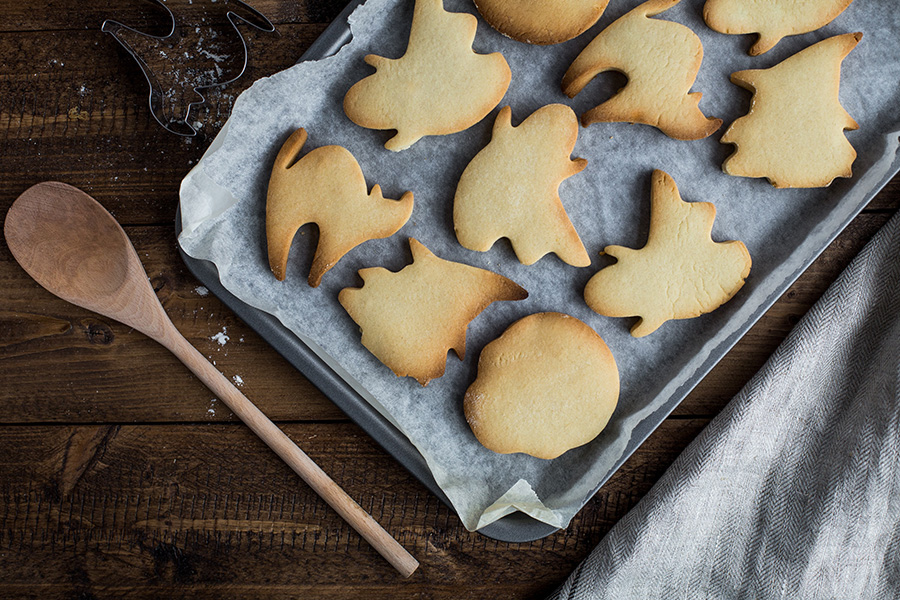 The idea of ​​Halloween is to have fun with your family and your neighborhood. If you live in an apartment building, you can make arrangements with your neighborhood to celebrate Halloween together. Put the Halloween stickers on the door, and then send the children to knock on the marked door and ask "trick or treat?". Or make a party for the kids and serve them homemade "scary" biscuits and "creepy" juice. You can also organize a costume party for your friends. Whatever you choose, we want you to have a scary good Halloween! 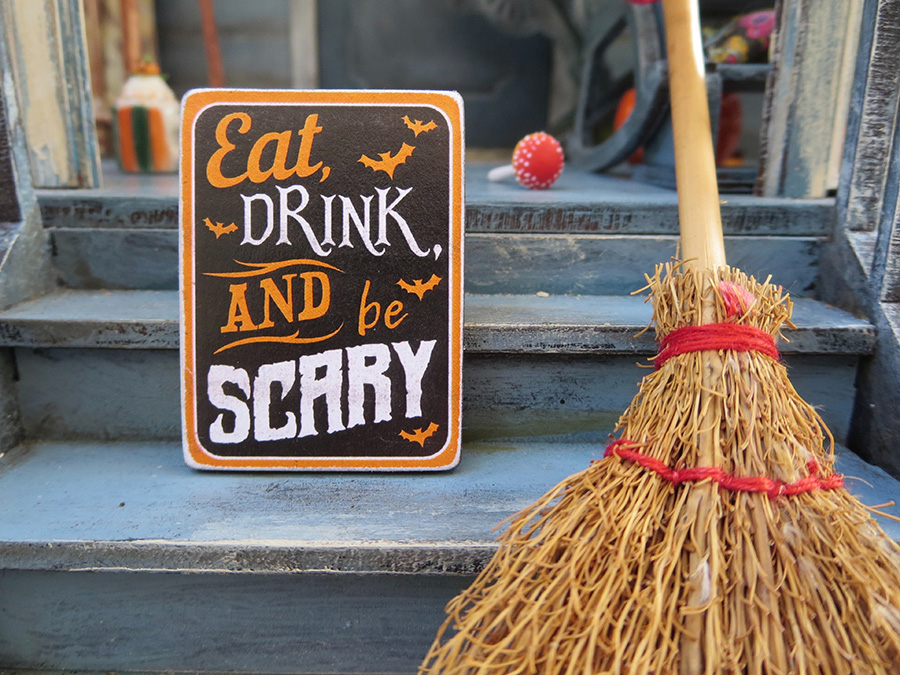 Related posts:
You do not have to wait for the holidays to end to schedule a visit for the chosen property