Home » Legal advice » How does a state of emergency and war affect real estate lease and sale agreements?

How does a state of emergency and war affect real estate lease and sale agreements?

In the past few years, we have seen how unforeseen circumstances can affect the usual way of life and the performance of daily activities and jobs, and thus legal affairs. The coronary virus pandemic practically "paralyzed" the whole world at one time. That is why most countries imposed a state of emergency at the beginning of the pandemic. A state of emergency is a declaration of the state suspending certain government functions, requiring the population to change their usual patterns of behavior, and ordering the state apparatus to implement already prepared plans in the event of such a state. Emergencies are usually declared during natural disasters and epidemics or pandemics. According to the Constitution of the Republic of Serbia, a state of emergency is declared when a public danger endangers the survival of the state or its citizens.

An armed conflict is currently taking place in Ukraine, which is why the whole world is afraid of the possibility of a war that would spread to a broader area. During periods of civil unrest or declaration of war, states can declare a state of war.

The Constitution of the Republic of Serbia stipulates that after the declaration of a state of emergency or war, deviations from human and minority rights guaranteed by the Constitution are allowed, but only to the extent necessary.

How did the declaration of the state of emergency in Serbia in March 2020 affect contract verification on the sale of real estate?

After the state of emergency declaration, many legal regulations were passed, which regulated certain areas of citizens' lives, the rules of conduct and actions of state bodies, and the economy's business. Therefore, the regime of work of notaries public, who are the only ones responsible for certifying the contract on the sale of real estate, was changed. Although all verifications of signatures, manuscripts, and transcripts and procedures for discussing inheritance (probate proceedings) were suspended, except in particularly urgent and justified situations, solemnization of contracts and compilation of notarial records and notarial minutes were performed. In the changed regime, with reduced workload and turnover of the parties, by the recommendations due to the epidemiological situation in the country. So, the purchase and sale of real estate took place, but on a much smaller scale than usual. The reason should probably be sought in people's behavior, fear, and way of thinking in such an uncertain situation and not in the actions of notaries, the work of banks, and the Republic Geodetic Authority.

Termination of the lease agreement during the state of emergency

Declaring a state of emergency and war can also be enjoyable from the aspect of terminating a lease agreement. The state of emergency declaration in March 2020 led to the fact that many tenants of business premises did not need to rent in that period. The provisions of the Law on Obligations stipulate that if the rental agreement does not specify a notice period, the contract terminates with a notice that each party can give to the other, respecting the notice period established by law.

If the length of the notice period is not determined by the contract or local customs, that is eight days. However, the ZOO also sets one condition: it cannot give dismissal in challenging weather. The ZOO itself does not define the term "storm." In theory and court, a practice storm is a moment when a dismissal would cause highly significant damage to one of the contracting parties. Whether the state declaration of emergency is considered untimely in terms of termination of the lease agreement must be resolved in each case. Therefore, for example, the dismissal of the lessee would cause significant damage to the lessor for whom renting business premises is the main activity. Termination of the rental agreement will not cause "extremely great damage" to the lessor who, in addition to performing the primary action from which he earns income, also the revenue from the lease is not crucial for his business. For example, the cancellation of the lease agreement during the epidemic could be considered a cancellation in a "storm."

What is indisputable is that the state of emergency and war is a state that differs in many ways from the regular course of things and the regular functioning of life. It is impossible to predict and clearly define all the rules and actions in such circumstances, but we certainly hope that there will be as few of them as possible in the future and will not have to adapt to those circumstances. 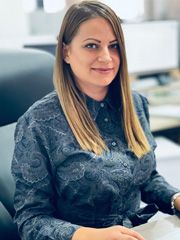 Related posts:
How to rent your apartment during the state of emergency
Why the real-estate lease contract matters